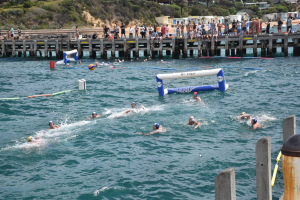 Congratulations to our Women’s team that won the 2018 Polo by the Pier tournament in Portsea last Saturday. Our women won a close final 4-3, overturning a loss to their grand final opponent earlier in the day. Our men also performed well with the Blue team making the men’s final, but backing up for their 5th game of the day, lost out 1-5. 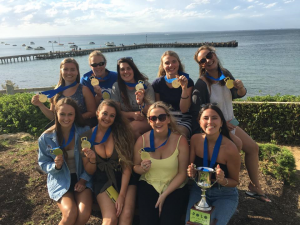 The day was a lot of fun despite (as usual) the sun only breaking through the clouds late in the day. The move from a December to February tournament was definitely a positive one though with the water temp much warmer than previous years. We look forward to pushing for the double next year!